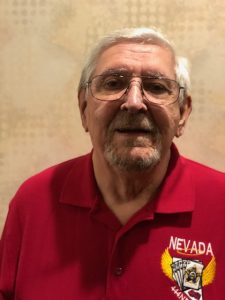 Jack was born into law enforcement with this father being a Michigan State police detective. His next venture was in the Army, then in the Air Force as a military policemen and criminal and counter-intelligence investigator as a Special Agent of the Air Force Office of Special Investigations (OSI).

On retirement in 1975, he worked undercover with the LVMPD and FBI conducting the first long term sting. Then in 1977, Jack was employed by the Nevada’s Gaming Control Board in a law enforcement position. Those were the years organized crime was being forced out of casinos. It was also the time that slot machines and many of the old casino manual systems were being modified to computers. Because of his interest in slots, he became very aware of several new methods used to cheat the electronic slots and was used by state and federal prosecutors numerous times as an expert witness in cheating and cheating detection. After fully retiring in 2001, he began writing novels based on his experiences. To date, he has published five historical fiction novels, two documentaries, and one anthology.

Jack’s published titles are: Cold War Warrior; Cold War Defector; The Medal; Operation Switch; and, The Master Cheat. Sin City Indictment and Cheating Devices and Techniques of the American Gambler are the documentaries, with The Peacekeepers the anthology.